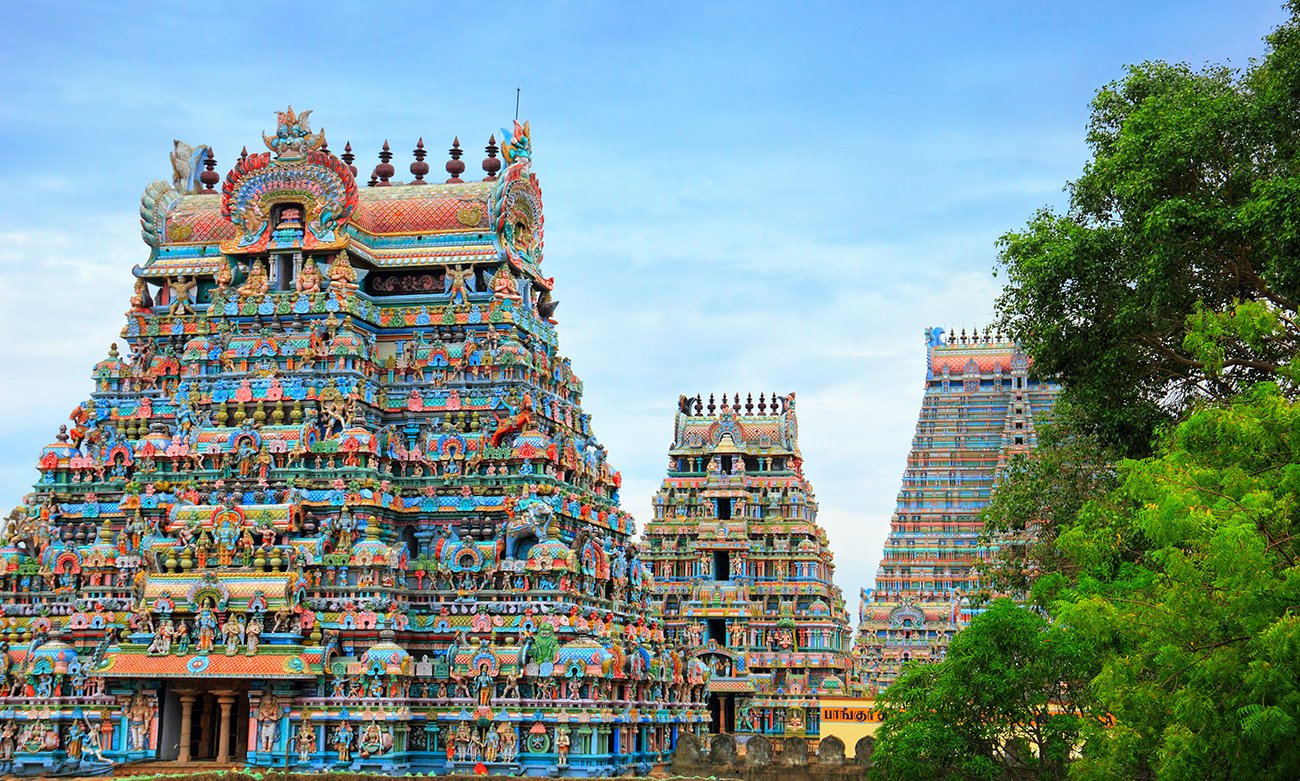 The divine identity, the first, in the list of 108 Divya Desams, this epic 6th-century marvellous holy temple which hosts Lord Ranganatha, is located in the island which is surrounded by the majestic River Cauvery and its tribute channel Kollidam. This awe-struck temple spreads itself across 156 acres with 21 gopurams for the devotees to worship the Lord, fondly called Srirangam Ranganathar. This attracts people from all across the world with its miraculous architecture.

Srirangam Ranganatha Swamy Temple is unparalleled in its Sapta-Prakaram formation, a temple focused on settlement pattern that includes Sapta (seven) concentric rectangular enclosures or prakarams formed by huge walls that travel around the sanctum sanctorum in which the deity presides. Apart from the prakarams with massive walls, the Temple Complex has Ayiram Kaal Mandapam (a hall of 1000 pillars) and several tiny water bodies within and other interesting features such as mural paintings enhance the value of the ancient masterpiece.

Every brick of all temples will share a story in the world. Here is the story behind Srirangam Temple Trichy, Divya Desam, holding a powerful attachment with Rock-fort temple, this temple is deemed to be carried by Vibishana, brother of King Ravana. As Lord Ganesha, was not willing to let go of that precious idol to the land of Ravana, he tricked Vibishana and made the statue firmly fix in the ground.

The sweet and shocking fact about Srirangam Ranganatha Swamy temple is most of the days of the year is and will be covered in the festival mode. One of the most important festivals is the 21-day annual festival, Vaikunta Ekadasi, which happens every year in the month of Dec & Jan. The next most important event of the temple and which shouldn’t be missed is Panguni Uthiram where the God & Goddess will appear on the same stage.

Isolated from the mainland of Tiruchirapalli owing to its topographical location, the city is known for its religious zeal and adherence to tradition. When time permits visit as it is just 11 km from Central Bus Stand and 3 km from Chatram Bus Stand, the island and Lord Ranganathar never fail to fascinate you.

Hope the above Srirangam info have kindled curiosity in you if wish to know more, visit the official website of Srirangam – https://srirangam.org/ 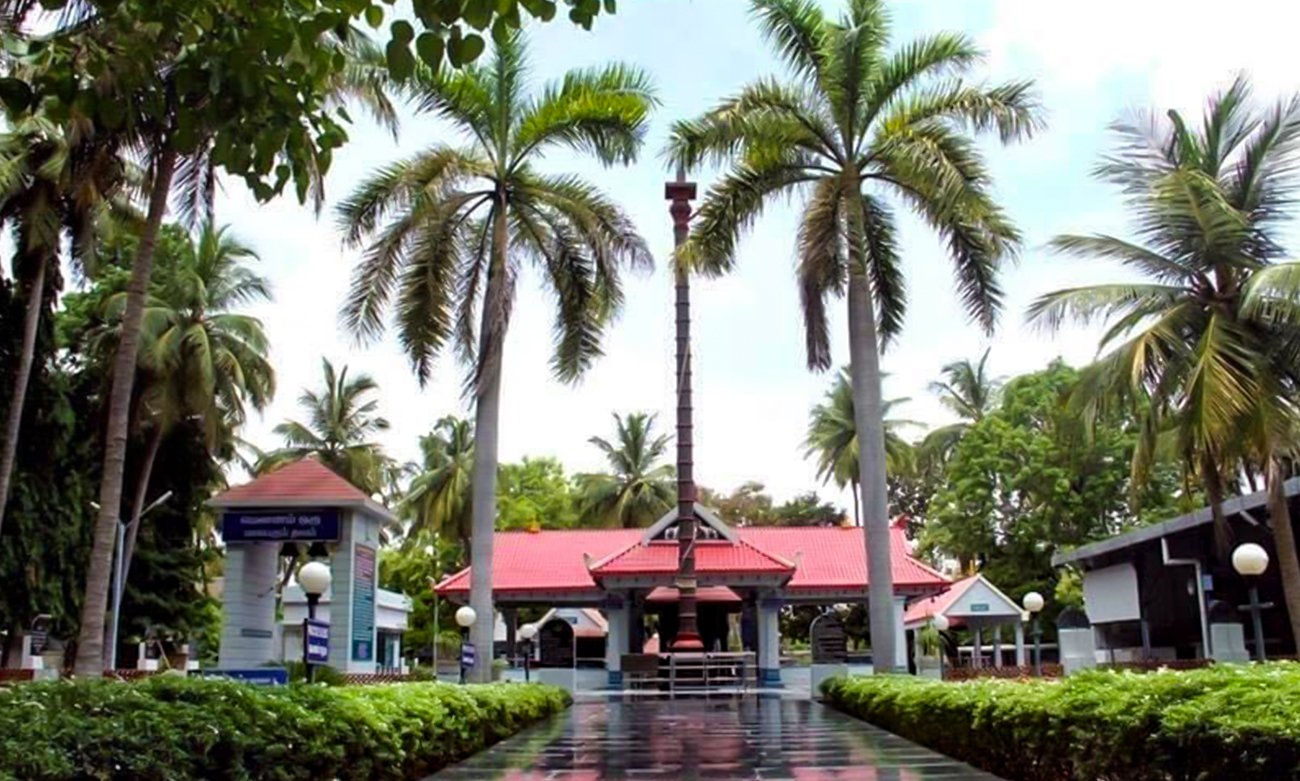 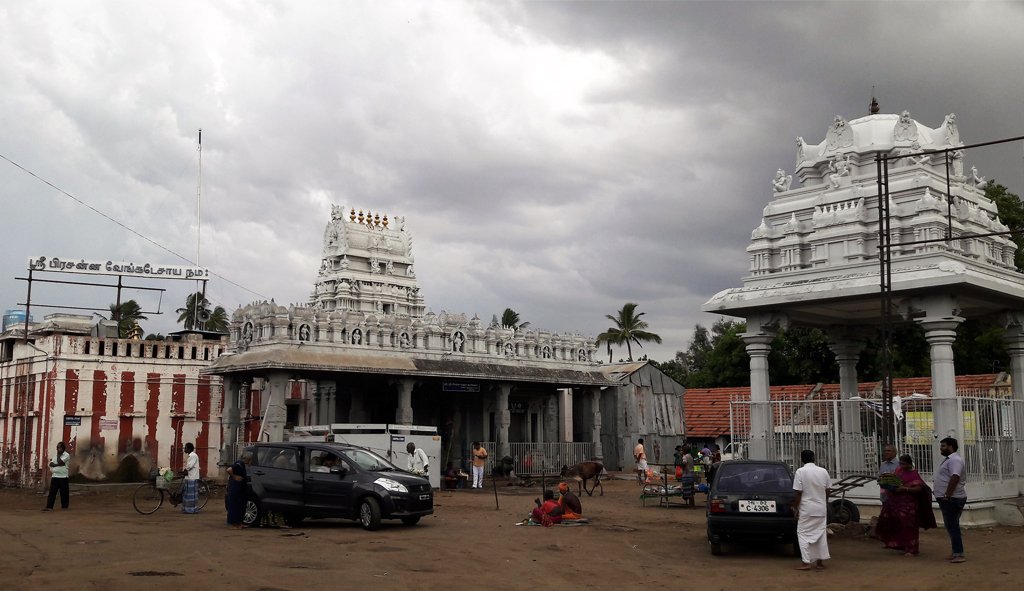